Icii, the new standard of Source AI
The Nvidia Jetson has become the preferred option for Edge AI. However, more people are continuing to realize that Edge GPUs are not an option for Source AI due to either performance, power, heat, size, or cost constraints.
Icii + FPGA outperforms the Jetson Nano in both performance and power. Icii’s Yeti is in Alpha and Icii’s specs are based on our current AI model implementations. For comparison, we will use MobileNet v2 (MV2). MV2 needs ~300 million multiply-accumulates (MACs). Icii optimizes memory bandwidth and scheduling to achieve maximal throughput with minimal power. Therefore, based on our current implementations and conservative estimates, assuming the following: Icii + FPGA projects that it will compare to the Nvidia Jetson Nano as follows:
* https://developer.nvidia.com/embedded/jetson-nano-dl-inference-benchmarks
** https://www.xilinx.com/support/documentation/white_papers/wp529-som-benchmarks.pdf
To compare Icii on two different FPGAs, the Xilinx Kria and an Efinix FPGA, Icii projects the following specs: 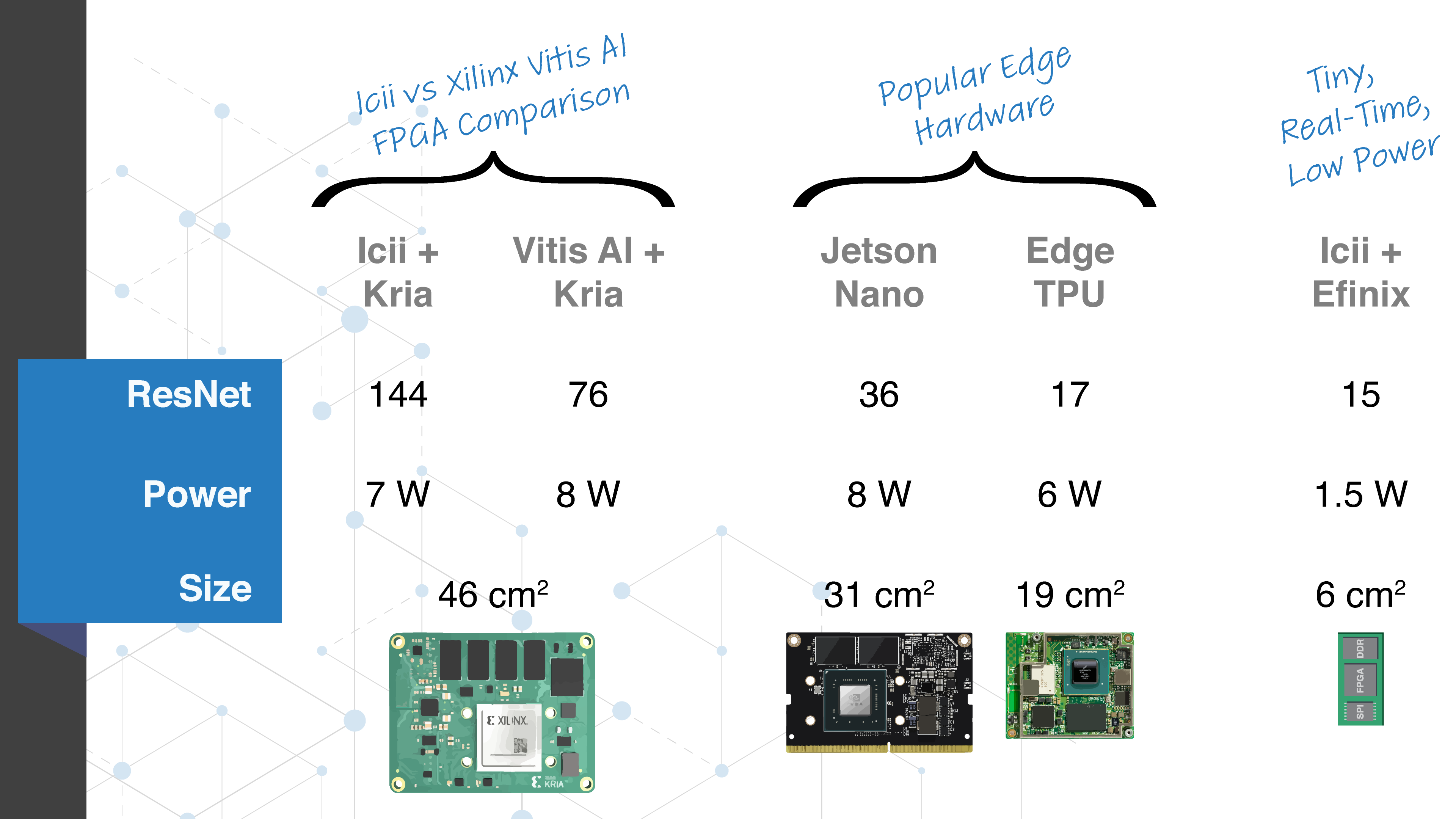